Why I love Autogas

There are plenty reasons why to prefer autogas. Check this beautiful infographic and see for yourself.

Every reason is also described in more details below.

Infographic - Why I love Autogas

Why is autogas environmental friendlier than gasoline or diesel?
Governments help autogas community
How to find LPG stations and fill the tank?
How much cheaper is autogas?
Less hassle in city centers
Bonus point - Where does LPG come from?

Why is autogas environmental friendlier than gasoline or diesel? 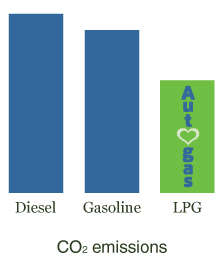 There are numerous studies where scientists compared emissions of fuel types in same or different engines. All these studies show that LPG powered vehicles produce less toxic emissions.

It is easy to calculate the theoretical mass of CO2 that will come from one liter of petrol (2392g), diesel (2640g) and LPG (1665g). Check ecoscore for the complete formula. 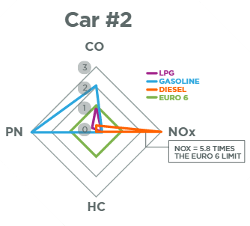 The whole report can be found on their website here. Read it, it's really informative. The chart image source is also from this report. 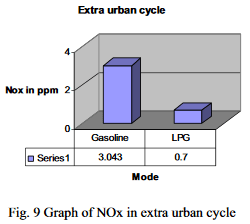 Researchers from ARAI compared emissions of bifuel gasoline/LPG engine. They tested the engine in urban and extra urban cycle.

Findings: In both cases, the urban and extra urban cycles all measured pollutants (CO, HC, NOx, CO2) were lover in LPG mode.

The whole report can be found on the World Academy of Science, Engineering and Technology website here. The image regarding Extra urban cycle and NOx emissions for Gasoline and LPG is also from this report.

Because of polluted air that is becoming a major problem especially in urban areas, cities are searching for temporary and permanent solutions.

How to find LPG stations and fill the tank? 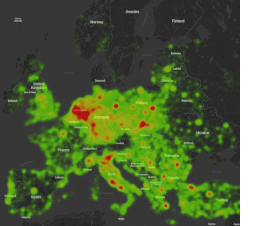 Usually petrol stations advertise on premises that they also have LPG. That is why it is good to check the local name for autogas in that country before traveling abroad.

But overall it is best to double-check beforehand how popular LPG is in a country. In most of Europe you shouldn't have to have any problems finding LPG stations.

For easier navigation it is possible to check the locations of stations in more ways:

Tanking is pretty straight forward. First you screw the connector to your opening, then you connect the pump's nozzle to the connector. After all is fastened and safe, you push the button for filling.

How much cheaper is autogas?

Price of LPG varies from country to country. It is cheaper than gasoline and diesel in practically all countries, but the percentage of the difference is usually correlated with LPG excise duty. Those countries/governments that found LPG a good ECO alternative to gasoline and diesel, enforce lower taxes on autogas and is thus way cheaper.

Check the current prices for LPG, gasoline and diesel.

But you don't even need a new car for it, thanks to the network of LPG installers who could retrofit LPG system into your current vehicle.

Autogas is a mature industry in some countries and still quite young and full of opportunities in others. But because all empirical evidence in research studies around the world shows that autogas is more environment friendly than gasoline or diesel, policy makers are helping promote it with incentive policies.

Help can be seen in different forms:

Plenty information regarding different incentive policies around the world can be found on WLPGA (World LPG association) page.

Bonus point - Where does LPG come from?

LPG (Propane and Butane) is extracted from two different processes 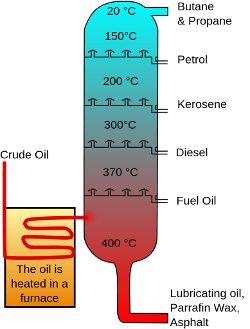 A very detailed schematic and better explanation regarding the whole operation at an oil refinery can be found on Wikipedia here, but here are just a few words, a short version:

Raw crude oil needs to be separated into different components which are then used for fuels, lubricants and others. These components are made out of varying lengths and complexity of hydrogen, carbon atoms and oxygen atoms. The difference in the structure also means difference in physical and chemical properties. There are different process units that help purify and separate structures, including one of the firsts in crude oil - atmospheric distillation.

The difference in boiling points help extract Propane and Butane fairly early in the process like you can see in this picture. After the initial extraction there still need to be two process units (Gas processing and Merox Treaters) which result in LPG.

The image is also from Wikipedia.

As for oil refinery, also natural gas processing has a great article with detailed schematic which can help understand the whole process here.

The short version is, in order to get all the commercial gasses out of raw natural gas, it needs to be purified. After the initial steps the natural gas liquids (NGL) are recovered. The majority of it consists of LNG (liquefied natural gas, which is mostly methane), which is separated and goes directly to customers. But there are also other gases like Ethane, Propane, Butane and others. These go through some more processing units (Merox process) and one of the end results is LPG.

A gas flare is a gas combustion device for burning off flammable gas. It can be as a safety measure during unplanned over-pressuring of plant equipment or if there are no transport means to move the gases to a refinery.

As we found out in previous paragraphs, flammable gasses consists of gases from which LPG is also made, hence the picture.

The amount of gas that was flared in 2011 is equivalent to about 30% of annual gas consumption in the European Union and would be worth $29.8 billion USD. Wikipedia